We are happy to announce the release of the second version of the HOBBIT Benchmarking Platform. During the last months, we improved the stability of the platform as well as the set of features it supports. The full list of the features implemented in version 2 are listed below.

In this blog post, we highlight selected features from the new release. 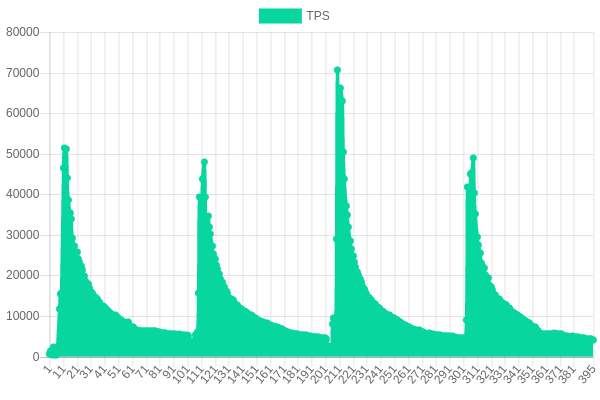 Resource usage gathering. In the HOBBIT platform version 2.0 it is now possible to request statistics about resources used by a benchmarked system. Such statistics enable the comparison of the benchmarked systems in terms of the resources (CPU, memory) they consume during an experiment and not only in terms of the execution time. The implementation of this feature required additional setup of the cluster since the statistics are spread across the Docker Swarm cluster and are not make available in one place by Docker. We have decided to utilize Prometheus with cAdvisor and node-exporter for the statistics gathering. At the time of writing, Docker Swarm does not provide native facilities for such statistics.

Platform Deployment. In order to deploy the new version of the platform, several changes were made to the deployment setup:

The migration to the latest Docker Swarm 17.12 provides a number of features out of the box such as rolling upgrades and load balancing. However, Docker Swarm 17.12 and the old Docker Swarm we were using are not compatible and thus the major challenge for us was to migrate the Docker container instantiation to the latest Docker version in which Docker Swarm handles stacks of services. We had also changed the reverse proxy setup to traefik due to the fact that nginx does not play well with Docker Swarm. Traefik on the other hand is easy to setup and has integration with letsencrypt, which provides SSL certificates without much effort.

During the next weeks, we will further ease the setup of the platform and improve its documentation. If you have any questions regarding usage of the platform or problems with the technical setup, feel free to open an issue in our issue tracker on the Github.